Not sure if he is really falling for you or not? Here are some pretty obvious signs he caught feelings and wants to take things further!

Signs he caught feelings but is scared to admit it

Figuring out whether a guy truly has feelings for you can be frustrating sometimes. But if you pay attention to the things they do and say, it’s actually pretty easy to tell. Here are some signs to look out for:

1. You receive cute random texts from him

If you’ve ever received cute random texts from him, it’s probably because he’s super into you and thinking about you all the time.

Bonus point if he drunk texts you, haha! When a guy is catching feelings for you but doesn’t have the guts to tell you when he’s sober, he’ll use alcohol as a way to express his feelings. So next time he drunk calls or texts you, take what he says seriously. He’s probably telling the truth.

Related post: 21 Tips On How To Not Be A Dry Texter You Need To Know

“One of the most obvious signs he caught feelings is that he goes out of his way to do things for you. If he does this regularly, then it’s likely that he has developed deeper feelings for you. This could be things like getting your favorite coffee or bringing you lunch when you’re having a bad day.”

“He wants to make sure you’re happy and comfortable, and that’s a sign he cares about you more than just as a friend. Doing that extra bit for you is his way of showing that he cares, so pay attention to how he treats you compared to other people in his life. You might be someone special to him if he goes out of his way for you more often than not.”

“One obvious sign that he already caught feelings for you is when they are extremely worried about you.

It’s normal for friends to be worried. But if your guy friend is worried even though there should be nothing to worry about, they have probably caught feelings for you. When they keep messaging you about what you do, reminding you to eat on time, or asking you to stay safe even though you are at home chilling, then they surely like you!”

4. You become the center of his attention

John Hart, founder of Falcon River says, according to his experience, a guy is falling for you if:

“you become the center of his world! He sees you as one of his top priorities and you literally become a reason for him to wake up every morning. He seeks love and comfort and care from you. And at this stage, you become his entire world. He even talks to you about his future plans. This is the biggest sign that he is into you!”

5. He introduces you to his friends and family

When a guy likes you a lot and sees a future with you, he’ll want to introduce you to his friend and family. So if he asks you to go with him to a casual family gathering or a night out with his best friends, he wants to show you off to his closest circle.

This is also a great way for him to see if you’ll get along with the people he loves, and assess whether your potential relationship would work out!

6. He starts making more of an effort with his appearance

Of course, this doesn’t mean that he’ll suddenly become a fashion icon – but you’ll definitely notice a difference in how he presents himself when he’s around you. He’ll start wearing nicer clothes, taking more care with his hair, and maybe even investing in some new cologne.

So if you’re wondering whether a guy is starting to develop feelings for you, pay attention to how he looks when he’s around you. Chances are, he’s trying to make a good impression.

7. He always texts back fast

If a guy is head over heels in love with you, he usually won’t leave you waiting for long when it comes to texting. Unless he’s buried in work, he’ll usually text you back within 5 to 10 minutes, or as soon as he checks his phone.

In my personal experience, when a guy is super into me, he’ll literally text me back within 2 to 5 minutes, every time. And when he’s not interested, it’ll literally take him days to reply. Of course, this is not a hard and fast rule. But if he caught feelings for you, it’ll typically show in his response time.

8. You often catch him staring

Have you ever looked across the room and caught him staring at you? UGH! Just thinking about this makes me feel butterflies in my stomach, lol.

Anyway, if you often catch him staring at you, he’s definitely OBSESSED with you, haha. He’s probably thinking, omg, she’s so beautiful, how do I make her mine?

But in all seriousness, this is a pretty obvious sign that he likes you. Because why would he look at you all the time if he’s not interested?

Related post: 21 Questions For A New Relationship To Get To Know Him

9. He remembers the little things

You told him once that your birthday was the 3rd of May, he remembered it, and sent you flowers on your birthday. Yup, remembering little details is for sure another one of the signs he caught feelings for you.

When you like a person, you’ll remember every single thing they tell you. Their favorite color, the last country they’ve been to, the kind of cheesecake they love, and the last time they wore the color green. You pay attention to everything that has to do with them!

So if you realize that he remembers almost everything you’ve told him, it shows that he cares and is genuinely interested.

How do you tell if a guy is catching feelings for you?

So, how do you really tell if a guy is catching feelings for you? Unfortunately, there’s no one-size-fits-all answer since everyone is so different. But! According to my personal experience, when a guy catches feelings for you, YOU’LL KNOW!

When a guy likes you, you won’t feel confused. His actions speak louder than words. He’ll be consistent, make you feel desired, and show you attention. Even if he doesn’t say outright that he likes you, you’ll notice through the way he acts toward you.

So pay attention to what he does rather than what he says. He can shower you with compliments and promises all he wants, but those are just empty words if he doesn’t do anything to make you feel loved.

Related post: How To Start A Conversation With A Guy? All The Juicy Tips

How long does it take for guys to catch feelings?

Well, this is a tough question to answer because it really depends on the guy. Some guys might catch feelings very quickly, while others might take their time.

There are also a lot of factors that can affect how long it takes for a guy to catch feelings, such as his previous experiences, his age, and his current situation.

In general, though, guys tend to be more guarded with their emotions and they’re often not as in tune with their own feelings. So it can sometimes take them a while to truly express how they feel about you.

But just be patient and keep an eye on how he’s responding to you. Over time, you’ll get a better sense of where he’s at emotionally.

Signs he caught feelings through text

Apart from body language, it’s also possible to tell if someone is catching feelings for you through text. Here are some signs:

Signs he has no feelings for you

If you notice that he’s not showing any of the signs mentioned above, he probably just isn’t ready for a relationship or is just not that into you! And that’s okay! There are plentyyyyy of fish in the sea : )

There you have it! 18 signs he caught feelings for you. Hopefully, the guy that you like is showing you all of these signs : ) And if not, that’s completely fine! Your perfect person is still out there waiting for you! Is He Losing Interest? 23 Warning Signs You Need To Know 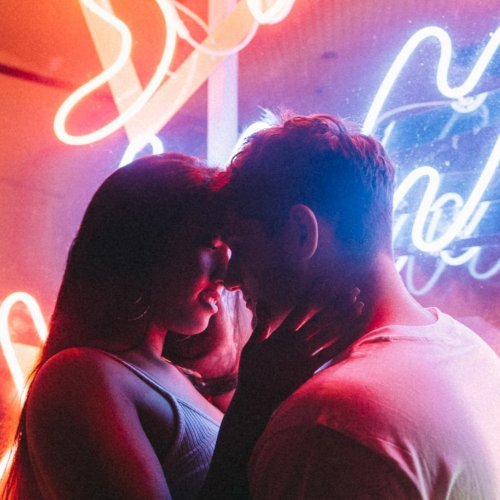 Is He Into Me? 13 Sure Signs He’s Definitely Obsessed 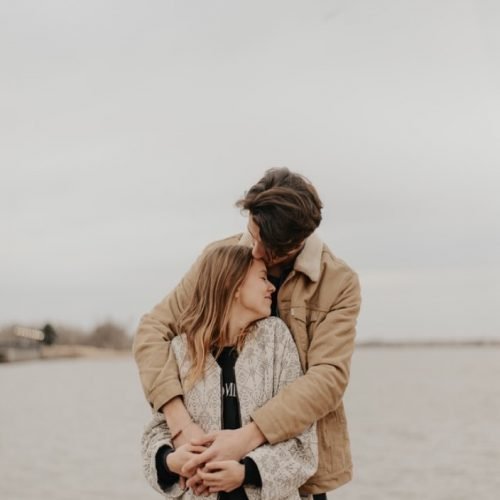 Dating In College: Is It Worth It? Everything You Need To Know