Are you lowkey obsessed with a guy and you desperately want to call him and see what he’s up to? Here’s when you should and shouldn’t call.

Should I call him? Here’s when you should

Some people say that girls should never make the first move. But I don’t think so! A relationship is a 50/50 team effort. If he’s shown interest in you, you should also show interest back by making the effort to initiate sometimes. So here’s when you should call him.

1. He has made a consistent effort

If he texts you all the time, remembers the things you tell him, and goes out of his way to see you, then chances are he’s into you and would love to hear from you. So go ahead and give him a call! Who knows, maybe he’s been waiting for you to make the first move because he’s just too shy.

2. You genuinely want to catch up

So, you’ve been thinking about your ex and wondering if you should call him. Here’s when it’s okay to do so: You genuinely want to catch up with him and see how he’s doing. It’s been years since you last talked to him and you just want to know if he’s got that sports car he’s always dreamt of, or graduated from the business school he’s been attending.

If you’re genuinely curious about how he’s doing and you’re on good terms, then a phone call could be a good idea! But, if you’re just trying to force him to get back together with you, it’s likely not worth your time.

If you’re interested in getting to know someone on a deeper level, a phone call is definitely the way to go. You can have a conversation without feeling rushed or interrupted, and you can gauge each other’s interest and level of comfort by the tone of your voice.

Sure, texting is cool. But there’s just something so sweet and romantic about those late-night conversations! Also, instead of texting back and forth and waiting hours for a reply, a phone call allows you to learn so much more about each other in a short amount of time!

Should I call him first? Here’s when you shouldn’t

Even though I keep saying that life is short and you should do whatever the heck you want. But there are always exceptions, lol! And here are some scenarios where calling him might not be the best idea:

1. You’re doing so out of desperation

If you’re calling him out of desperation or insecurity, it’s likely that he’ll be able to sense your lack of confidence. This can be a major turn-off, and it may even make him lose interest in you! Literally, nothing is more unattractive than neediness. So if you’re thinking about whether or not to call him, ask yourself why you want to do it.

Call him when you’re secured in yourself and don’t give a sh*T whether or not he wants you. Call him when you value your self-worth and know that his opinion of you won’t affect how you feel about yourself. When you’re in this state of mind, you’ll sound sooooo much more attractive and confident when you’re on the phone with him.

2. He hasn’t picked up any of your calls

If you’ve been calling him throughout the week and he literally hasn’t picked up any of your calls (but is still active on social media), then girllllll! What are you doing? Stop calling him!

It’s pretty obvious at this point that he’s simply ignoring you and doesn’t see you as a priority in his life. I know, it freaking hurts (I’ve been there before). You desperately want to get a hold of him and it seems like he just doesn’t care. Ugh, so frustrating!

But, if he’s not picking up the phone, then you should just stop calling entirely. Preserve your dignity and show him that you can live perfectly fine without him. You’re not desperate, and you don’t need him. If he doesn’t want to pick up the phone, then BOY BYEEEE! You have a million options, and he’s just one of them.

I feel like all Andriod and IOS devices should come up with a feature that blocks you from calling your ex/crush when you’re sh*t-faced drunk. It would literally save lives, haha!

The last thing you want to do when you’re already 100% wasted is to embarrass yourself even more by calling the guy you’re low-key obsessed with. Omg, it would not look good (unless you have the ability to compose yourself even after chugging 10 cups of jungle juice)

So yea, if you’re fully intoxicated, let your friends babysit your phone for a bit so you can’t call him.

How long should I wait to call him?

To be honest, there’s really no right or wrong answer to this. It all depends on your situation with the guy! Are you guys dating? Just friends? Hooking up?

If you’ve just met someone, you probably won’t want to call him right away and expect to talk for hours on the phone. But if you’ve been seeing each other for a while, then you shouldn’t have to wait to call him. In general, though, it’s probably best not to play games or overthink things too much. If you like the guy and want to talk to him, go ahead and give him a call!

When should I switch from texting to calling?

There’s no one-size-fits-all answer to this question either. Some couples start talking on the phone and Facetiming as soon as they start dating. And some couples still prefer to text instead of calling each other. It all depends on your preference.

But generally speaking, phone calls are a much better way of communicating than texting. So if you’re ready to move your relationship to the next level and have deeper conversations with your boo, then you might want to switch from texting to calling.

It’s often difficult to tell the other person’s tone of voice through texts and misunderstandings can happen easily, especially when you don’t use emojis. So I definitely recommend that you start having phone conversations as soon as you’re comfortable with the other person and want to get to know them on a deeper level.

Can I ask a guy to call?

Yes, of course. It’s always good to communicate your needs, no matter what type of relationship you’re in. If you really want to talk to a guy on the phone, but you’re afraid to call him first, ask him to call you instead!

You can either be straightforward and say, “Hey, I want to talk to you, can you call me?” Or, you could be all cute and shy (LOL) and say, “I miss you and I wanna hear your voice!”

And from there, you’ll let him make the next move. If he genuinely wants to talk to you, he’ll call. But if he’s playing games, then he’ll probably keep avoiding your question and keep the communication text-based. This is a major red flag (according to my personal experience)

Of course, every situation is different. Some guys probably just hate talking on the phone, and some are just too shy to talk to you. But make sure you communicate your needs to him and let him know how much you want to talk on the phone. If he likes you, he’ll fulfill your needs no matter how inconvenient it is for him.

Related post: 27 Insanely Obvious Signs He Is Slowly Falling For You

Should I call him if he’s ignoring me?

Girl, no! Don’t do it! If he has already ignored several of your calls, not replied to your texts, and not made plans to see you, then you should stop calling him. He probably needs some space or maybe he’s just not that interested. Whatever the reason is, it’s not your job to figure it out. If he’s feeling some type of way, it’s his job to communicate his feelings to you.

Of course, being ignored is literally the WORST feeling in the world, especially if it’s by someone you genuinely like. But if he’s not making an effort to reach out, then he doesn’t deserve your love and attention.

Instead of blowing up his DM and calling him a million times a day hoping he picks up, just let it go. Save your energy for someone else who truly appreciates you. There are soooooo many other hotties on this Earth waiting for you to find them! So go out and explore, LOL!

At the end of the day, it’s your decision whether you want to call him or not. If your gut and intuition are literally screaming at you, telling you to call him, then do it! Life’s too short. You miss 100% of the shots you don’t make. But if deep down, you know that calling him is probably not the best idea, then don’t do it. It’s simple as that.

And if you decided to call him and he doesn’t pick up, then so be it! IT IS WHAT IT IS! At least you tried and now you don’t have any regrets. Overthinking wastes a lot of mental and emotional energy, and sometimes, it’s better to just take action and get it over with.

So what’s your decision? Are you gonna call him? Just know that whatever decision you make, I fully support you sis!

Spread the love
How To Be That Girl? 11 Insanely Simple Tips You Must Try
Will I Ever Find Love Again? 7 Reasons To Feel Hopeful 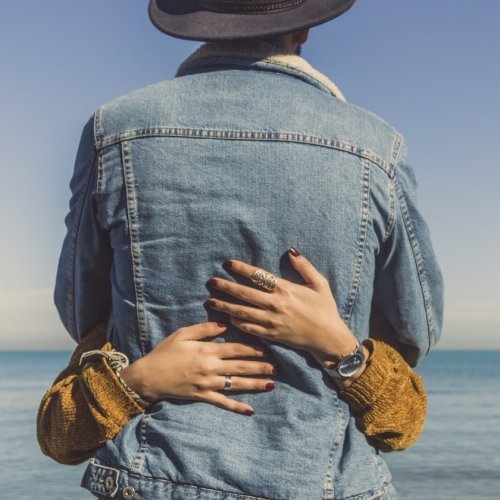 50 Touching Love Letters For Him That Make Him Cry 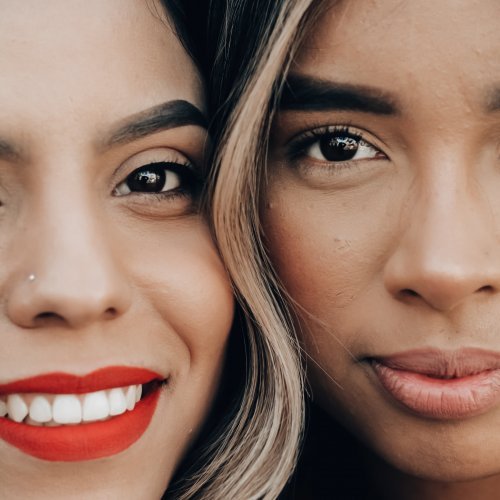 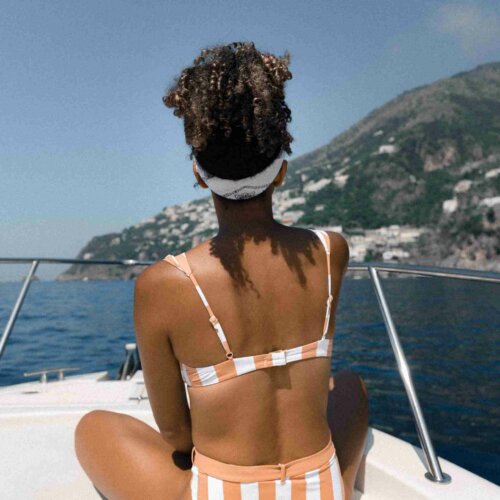