This post includes 40 questions girls are afraid to ask guys!

Yes, we all know how extremely intimidating and scary it can be to ask guys intimate and straightforward questions when you’re still in the talking stage.

First of all, most of us don’t want to come off as confrontational and nosy. But again, honesty is the foundation of all strong and serious relationships. So eventually, these questions will need to be asked at some point haha!

Related post: 100+ Flirty questions to ask your crush over text

My advice is to make sure you ask these questions when both of you are in a light and cheerful mood. Maybe grab a few drinks beforehand or sip on red wine while bombarding him with these juicy questions lol. Alcohol makes everything less awkward and more fun : )

Here are “40 questions girls are afraid to ask guys” to give you ideas on what to ask him:

1. What is the biggest turn-off for you?

When you really like a guy, it’s pretty normal to feel super self-conscious and nervous when you hang out with him.

And a lot of those nerves usually come from not wanting to embarrass yourself or do things that might turn him off. For example, burp loudly or chew with your mouth wide open.

However, every guy is different and might be turned on/off by completely different things. Asking this question at the start of your “talking stage” can help you understand what he likes and does not like.

This way, you’ll feel more relaxed when hanging out with him and not have to worry about every tiny thing you do.

2. Do you prefer girls with or without makeup?

Contrary to what girls believe, a lot of guys actually prefer girls with little to no makeup at all. Basically, all-natural ✨ If you’re feeling insecure about your fresh face, don’t be! Most of the time, guys really don’t care at all.

Makeup is just a way to enhance your natural beauty. If he truly likes you for you, he wouldn’t mind seeing you makeup-free. In fact, he’ll probably like it more!

Go ahead and ask him this question, and see what he says!! If he demands that you wear makeup every day because you look better that way, then you know it’s time to dump him … lol!

3. Does period sex gross you out?

Surprisingly, a lot of guys actually don’t mind having sex when the girl is on her period. For girls, we’re always scared that things would get messy or the guy would find it disgusting. But guys tend to think differently. When they want something, nothing will stand in their way. No matter the circumstance, they’ll get what they want, lol!

So if you’re feeling self-conscious when it comes to period sex, ask the guy how he feels about it. Maybe he doesn’t even care at all!

4. What do you first notice about a girl?

We’re all interested in what catches the attention of the guy we like. Is it a girl’s eyes, her hair, her legs, or her smile? Every guy is different, and it’s super interesting to hear about what is considered attractive to them.

I once met a guy who once told me that the first thing he notices in a girl is her hands. Like, what? Out of every beautiful body part on a women’s body, he decides to go with hands.

Haha! No judgment here, but it just goes to show how different every person is in terms of preferences and attraction.

5. How can you tell if a guy is interested in you?

People usually say: When a guy is interested in you, YOU’LL KNOW!

There’ll be no mixed signals, no late-texts back, and no ghosting. If a guy really likes you, he’ll make sure to let you know because he wouldn’t want you to be taken by another guy!

But if your attachment style is anything but secure, you’ll still question a guy’s intentions no matter how many times he assures you that he’s in love with you.

In this case, it’ll be nice to hear him tell you face to face what signs mean that he’s into you.

Some guys’ love language is physical touch, so you can usually tell they’re flirting with you if they start touching you a lot and getting close to you physically.

On the other hand, some guys prefer to flirt by telling you sweet words or calling you cute nicknames.

Sometimes it can be hard for girls to tell if a guy is flirting because she might just think he’s being nice.

So if you’re always accidentally friend-zoning guys, learning about a guy’s go-to flirting move can help you learn how to differentiate between: “I’m just being nice” and “I think you’re cute!”

7. How many girls are you talking to right now?

This is one of the questions girls are afraid to ask guys I relate to the most! Every time I start seeing a guy, I feel an intense urge to ask him this question but always chicken out.

Why? Because I don’t want to hear the truth. But then I also don’t want him to lie. Haha! The dilemma.

When you’re still in the “talking stage”, meaning, you’re not exclusive yet, things could get confusing!

Since you’re not officially a couple yet, you can’t be mad at him if he decides to talk to multiple girls at the same time. There’s nothing wrong if the both of you decide to keep your options open.

8. Why do guys go ghost all of a sudden?

This is one of the greatest mysteries on planet earth, haha! But in all seriousness. There could be a ton of reasons why a guy decides to go ghost. Maybe he’s just not interested, or maybe he has a whole wife/girlfriend at home!

Whatever the reason is, it’s important that you don’t blame his “ghosting” on yourself and start questioning your worthiness.

If he goes ghost, then just let him go! Ghosting is super disrespectful and childish, and it’s actually a blessing that this person is out of your life. The trash took itself out… good!

9. What do you think about girls making the first move?

I’ve actually heard from a few guys I know that they actually prefer girls to make the first move. This way, they’ll know that the girl is interested. It’s kind of like giving the guy a green light to pursue you.

If you’ve been wanting to make the first move but are scared to. I’d say just go for it. What is there to lose? If he doesn’t reciprocate, it is what it is. There’s plenty of fish in the ocean, sis!

10. Who should pay on the first date?

Who should pay on the first date? This debate has been going on for ages and I don’t think it’ll ever end honestly, haha. There are no right answers to this question since cultural upbringing and other factors can cause each person to have a different opinion.

But it’ll be a good idea to understand his perspective before you proceed further into the dating stage.

Most guys insist on paying for the first date because it is what gentlemen do. But sometimes girls might want to split the bill too just to show that they’re contributing equally to the relationship.

Whatever the case may be, as long as there’s a mutual agreement between you two, no one can comment on what you decide to do.

11. What’s one question you’ve always wanted to ask us girls?

12. How would you react if a girl told you she’s a virgin?

13. What’s your idea of a successful first date?

15. How often do guys want to be hugged? Does it feel clingy if a girl does it too much?

16. Is it true that guys can’t be just friends with girls?

17. What’s your favorite thing for a girl to wear?

18. Does sex on a first date mean she’s not girlfriend material?

19. What makes you want to commit and be exclusive?

20. Would you care if your girlfriend had a lot of guy friends?

22. What do women unintentionally do or say that hurts your feelings?

24. What’s the best thing a girl has ever done for you?

25. Do you ever think about marriage?

26. Where do guys go for relationship advice?

27. What are your thoughts on PDA?

29. When do you know the time is right to bring a girl home to the family?

30. Do you gossip with the boys about girls?

What are uncomfortable questions to ask a guy?

31. When you have a crush on someone, do you get the butterflies too?

32. Do you ever worry about what your friends think of the attractiveness of your girlfriend?

33. Are you intimidated by women that make more money than you?

34. Do you ever lie to get what you want from girls?

35. Would you be jealous if you saw me flirting with another guy?

36. Do you like staying in touch throughout the day?

37. Would you rather win 1 million dollars or fall in love?

38. Do your friends know about me?

39. What’s the number one deal-breaker for you?

40. Do you like it when girls send you good morning texts?

There you have it. 40 questions girls are afraid to ask guys! What other juicy and awkward questions should I add to the list? Let me know in the comments! 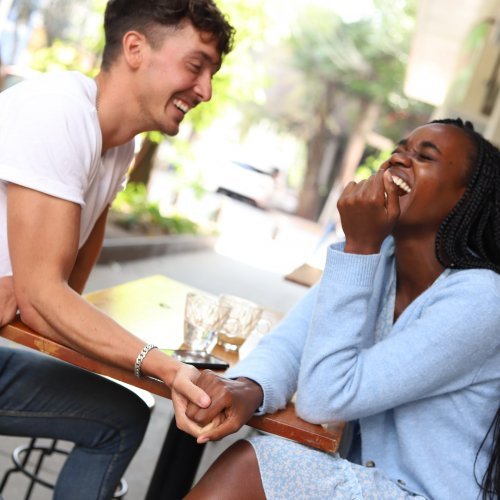 45 Love Letters For Boyfriend That Will Melt His Heart 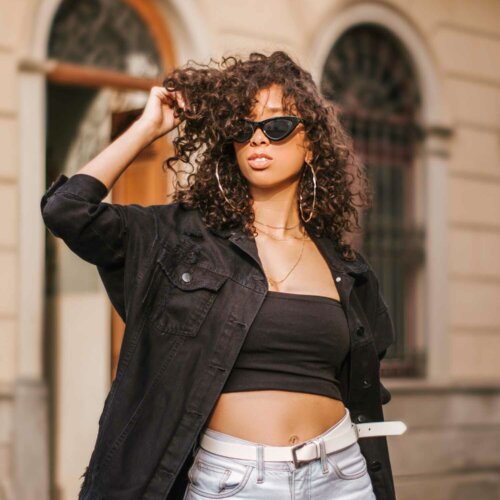 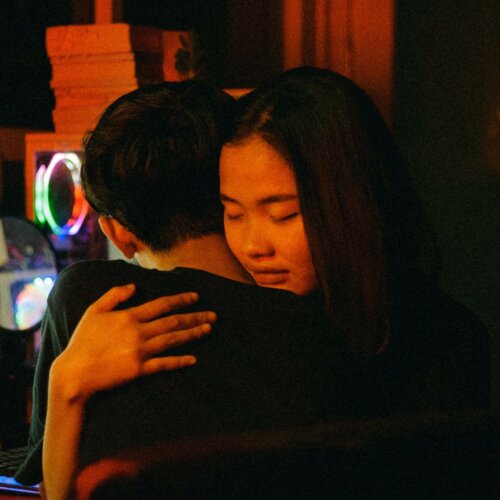