“Is my boyfriend cheating on me?” If you’re asking yourself this question, here are some signs that he might be unfaithful.

Is my boyfriend cheating on me signs

Is he acting super ‘sketchy’ and weird recently? Here are some signs that he might be lying to you about something or being unfaithful.

He doesn’t let you touch his phone anymore

Arthur, Founder of The Art of Living says:

“If your boyfriend has always been open to you borrowing his phone but has suddenly changed, then there’s definitely a possibility he’s hiding something. If he’s changed the password to his social media accounts and emails and becomes very defensive when you ask him about it, there you have the right to be suspicious.”

“It’s possible that he’s talking and cheating with someone else and he doesn’t want you to find out about it, hence the changes in his behavior. A person doesn’t really change behavior without any good reason, and most of the time, cheating is one of those reasons.”

There’s a sudden change in his interests

“When your boyfriend gets involved in a new relationship and becomes emotionally connected to that individual, it’s very common for him to take up the interests of the other person and vice versa. So if your boyfriend suddenly seems interested in a new kind of music, starts watching new tv shows, takes up a new hobby, or even starts to like new kinds of food, this could be a sign that he might be cheating.”

“Also, if your boyfriend isn’t interested in sharing these new interests with you, this should be a major red flag.”

He avoids spending time with you

If your boyfriend suddenly starts making excuses not to spend time with you, it may be a sign that he’s cheating. Of course, there could be other explanations for his behavior – maybe he’s just really busy at work or spending more time with friends. But if he’s always available for everyone else but you, then you have every right to be suspicious.

Tell him straight up that you’d appreciate it if you could spend more quality time together! If he still doesn’t change this behaviour and continues to ignore you, then you need to have a serious talk with him!

Your friends notice something is up

If all of your friends start giving you the side-eye, it might be time to have a chat with your bae. Think about it: Most of us don’t want to admit that our relationship is in trouble. So while you might still be in denial, your friends are likely to pick up on all of the red flags that you’re missing or ignoring.

Here are some other signs that you boyfriend might be cheating on you:

Is he cheating or am I paranoid?

You’ve been dating for a while and things are going great. But then, suddenly, you start to notice some strange behaviors. He’s working late more often, he’s being super secretive about his phone, and he seems to be spending more time with his “buddies.”

So is he cheating on your or are you just being a little bit paranoid?

Well, I can’t tell you a clear answer. But there are definitely a few signs that may signal that he’s being unfaithful: If he’s suddenly spending more time away from home, if he’s acting suspiciously when it comes to his phone or computer, or if he’s less interested in spending time with you, these could all be red flags.

Of course, it’s always possible that he’s just going through a busy phase at work or that he’s preoccupied with something else entirely. But if your gut is telling you that something isn’t right, it might be worth having a conversation with him to clear things up.

Related post: What To Do When He Pulls Away And How To Get Him Back

How do you know if your boyfriend is hiding something?

On the surface, everything seems perfect with your boyfriend. He’s attentive, funny, and always sweet to you. But something feels off. Maybe he’s a little too quick to change the subject when you bring up certain topics. Maybe he’s started acting strange around his phone.

If your boyfriend is acting suspicious, it might be because he’s hiding something from you. Of course, there could be any number of innocent explanations for his behavior. But if you think that your boyfriend is keeping secrets, here are a few telltale signs to look out for:

If your boyfriend is showing any of these behaviors, it’s possible that he could be hiding something from you. Of course, there could be other explanations as well, so don’t jump to conclusions too soon!

Related post: What To Say To A Friend Going Through A Breakup?

How do I stop worrying about being cheated on?

It’s actually pretty normal to have some trust issues from time to time about your relationship. But if you’re feeling constant anxiety about your boyfriend cheating on you, it can take a toll on your mental and emotional health! So if you’re struggling to shake the feeling that your partner is cheating, here are five tips that may help:

1. Talk to your partner about your concerns.

If you’re feeling insecure or worried about the relationship, don’t be afraid to talk about it with your partner. Be honest with how you feel and let him know why you’re feeling this way. Is it something that he did? Does he not give you enough reassurance or compliments throughout the day? Or is he acting differently recently?

Communication is sooooo important in a healthy relationship. So let your boyfriend know your concerns about the relationship so that you can both work towards creating a better one.

Don’t snoop around or try to catch your partner in the act. If you’re constantly checking your partner’s phone or email, it will only make you more anxious. Trust is built by giving people the benefit of the doubt, not by spying on them. If you have legitimate concerns, talk to your partner directly.

For a lot of us, the reason why we can’t stop worrying about getting cheated on is rooted in deep issues from the past. Maybe you’ve been cheated on in the past and the fear of it happening again is just too much to bear. Or maybe you have trust issues in general and any relationship feels like it could fall apart at any moment. Whatever the reason, if you can’t stop worrying about getting cheated on, it might be time to seek out therapy.

A therapist can help you figure out what’s triggering your fears and give you tools to deal with them. With some work, you might be able to let go of your fear of being cheated on and finally feel at peace in your relationship.

Here are some other tips to help you deal with the fear of getting cheated on by your partner:

Girls, I know how easy it is to overthink and stress yourself out when you feel like your boyfriend is cheating on you. Trust me, I’ve been there! It’s literally the worst feeling in the world.

But a lot of the times (especially us anxiously-attached people), we overanalyze every little detail and try to control things outside of us. It can take a huge toll on our mental health and make us go crazy! Like, seriously.

If you’re feeling insecure about your relationship, I think one of the best things you can do is to talk to your partner DIRECTLY! Don’t lock yourself in a room crying and overthinking and blaming yourself for everything! Communicate your feelings to your partner so that he understands how you feel! This is SOOOO freaking important.

And if he actually admits that he cheated on you, then so be it. Move on and find yourself a better man, sis! Boy bye! 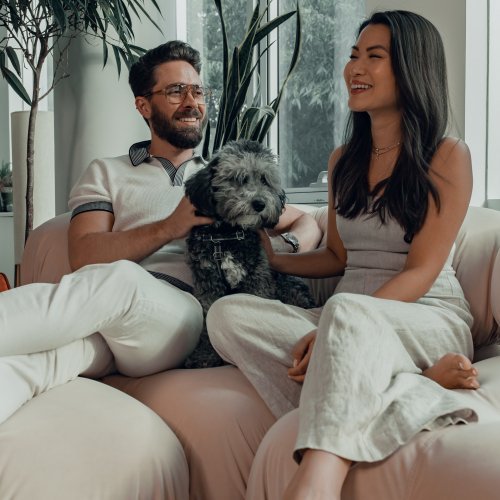 How Soon Is Too Soon To Move In Together? Here’s The Tea 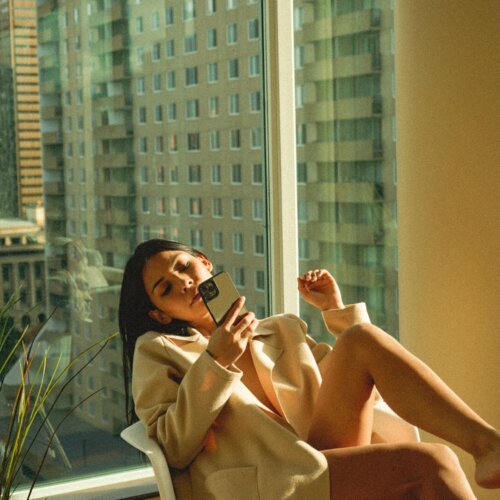 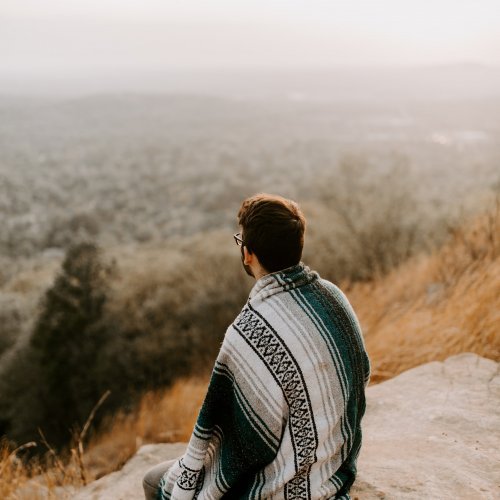 20 Insanely Obvious Signs He Is Hurting After The Breakup