If you just met a guy you really like and want him to pursue you hard, here are some insanely powerful tips on how to get a guy to chase you.

How do you get a guy to chase you without playing games?

Don’t get me wrong, playing games can be fun (for a little while at least), but sometimes it’s nice to not have to worry about all of the drama and just relax and enjoy your time together.

….without being too obvious about it. If you want him to chase you, then you need to make sure he’s actually aware of your existence first. Try making eye contact, smiling, or saying hello when you see him around. But don’t go overboard – you don’t want to come across as desperate or needy.

If you’re shy and scared to make the first move, here’s another tip that I think you’d find helpful: Ask him for help.

Asking him for help is literally such a natural way to talk to a guy. You’ll get his attention without it being obvious. Plus, guys LOVE being a hero and helping girls out.

Be a little mysterious.

If you want him to keep chasing you, try to be a bit mysterious sometimes. So don’t be afraid to play hard to get once in a while. Be busy and ambiguous with your plans, and let him wonder what you’re up to. This will keep him intrigued and wanting more of your time and attention!

I’m not saying to play games with him and not reply to his texts for three whole days. But just be a bit unpredictable and keep him on his toes : )

Let him catch a glimpse of the real you.

There’s no need to play games or pretend to be someone you’re not when trying to get a guy to chase you. The best way to get him interested is by letting him catch a glimpse of the real you. Be confident and comfortable in your own skin, and let your unique personality shine through. He’ll be drawn to your authentic self, and the chase will be all the more fun and exciting for both of you.

Here’s how it works: Men are hardwired to feel the need to protect and provide for women. It’s a primal instinct that’s deeply ingrained in their DNA. So, when you play up your feminine side and let him take the lead, it activates his hero instinct and makes him want to chase you.

Of course, you don’t want to come across as helpless or damsel-in-distress. That would just be annoying. Instead, be flirtatious, fun, and playfully challenging. Make him work for your attention and approval. The more he has to work, the more he’ll want you. And before you know it, you’ll have him eating out of the palm of your hand.

How to get a guy to chase you through text

How to make a guy chase you using male psychology

Here’s how to use male psychology to your advantage so that the next time you’re out, men will be drawn to you like moths to a flame.

Don’t be too available

If he knows that you’re always free for a date, he’ll most likely lose interest pretty fast. Make him work for your attention and let him actually put in the effort. Be busy and independent, and let him know that you have an awesome life outside of him.

If he’s genuinely interested in pursuing something further, he’ll rise to the challenge and chase you!

Just think about it, when you hear your own name, don’t you feel special and important? Of course, you do! So why not make the guy you’re interested in feel the same way? The next time you’re talking to him, try saying his name every so often. Watch as he starts to pay more attention to you and even chase after you a bit. It’s a simple trick, but it works like a charm.

Stick to your boundaries

Imagine you’re at a party. You see a cute guy across the room and you want to talk to him. But instead of making your way over, you wait and wait. Pretty soon, he’s making his way over to you. Why? Because he’s interested. And what made him interested? The fact that you weren’t immediately available and you have strict boundaries.

The same principle applies when it comes to dating. If you want a guy to chase you, stick to your boundaries. Don’t go out of your way to cater to him all the time. And show him that he needs to respect you and your time if he wants to stay in your life. This might seem counter-intuitive, but guys are more likely to pursue someone who seems unattainable.

If he crosses his arms, you cross your arms. If he tilts his head to the side, you tilt your head to the side. This is a surefire way to get his attention and make him pursue you. Just don’t overdo it, or you’ll end up looking like a creepy copycat, haha! And if he happens to catch you mirroring him, just play it off with a smile and say, “oh! I didn’t realize I was doing that! Oopsies”

How to give a man space to chase you?

If you want a guy to chase you, sometimes the best thing you can do is give him space. Let him come to you instead of always being the one to initiate contact.

This doesn’t mean playing hard to get or ignoring him altogether. Instead, try not to be the one who always texts or calls first. For example, don’t always initiate dates or come up with activities you should do together. Make yourself a little bit less accessible and see if he steps up his game to spend more time with you. Chances are if he’s into you, he will!

How do you make a guy miss you badly?

Okay, so if you want to make a guy miss you like crazy, here are some tips I have for you : )

Be a little bit elusive.

This means not being available 100% of the time. I’m not saying to ignore the guy and purposely not hang out with him. But you know, make plans with your friends, go out on dates with other guys, and keep him guessing about your whereabouts. Don’t glue to him all the time. There’s no mystery in that.

Have a life outside of your relationship.

Pursue your hobbies, spend time with your family and friends, take a cooking class, and travel solo! This way, he knows you’re not just sitting around waiting for him to call. And you’ll actually give him some space to miss you.

Make the time you spend together amazing!

One of THE best ways to make him miss you is to make your quality time together absolutely amazing! Be in the present moment, laugh, talk about life, and make him feel like a man! When he truly enjoys your company, he’ll want to be around you all the time, and he’ll miss you when you’re not by his side.

Sit back and let him come to you!

Have you realized that the more you chase something, the less likely you’d get it? Well, it’s because you’re putting out desperate energy into the universe, and you’re projecting ‘lack’ instead of ‘abundance.

The same thing applies to dating and relationships. When you chase a guy and show how desperate you are, you’ll repel them instead of attracting them. Plus, guys LOVE the chase. So relax, sit back, and embrace your feminine energy. Show that you’re interested, but don’t go crazy texting him a million times a day.

At the end of the day, if he doesn’t come to you, then it means he’s not the right one for you anyway. Let him go and allow make space for the right person to come along : ) 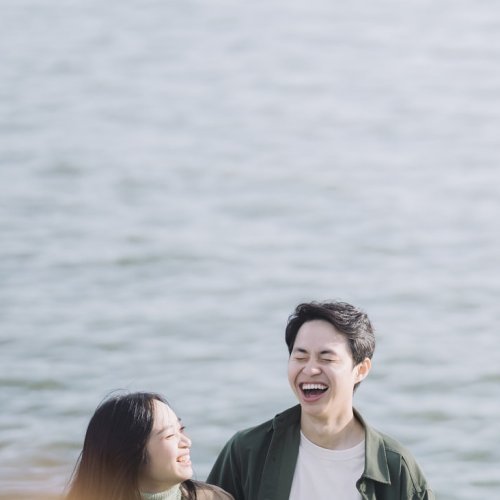 101 Anniversary Messages For Boyfriend To Show Your Love 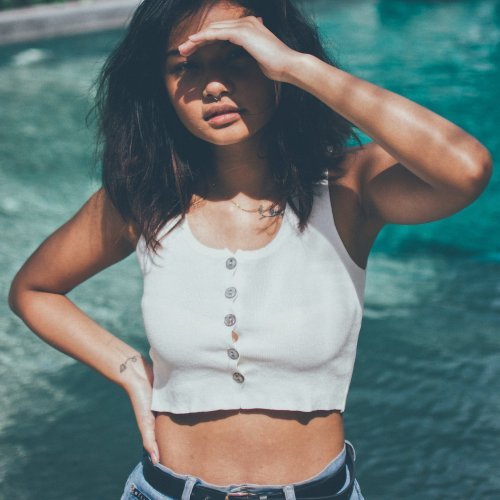 23 Juicy Tips On How To Be A Good Girlfriend 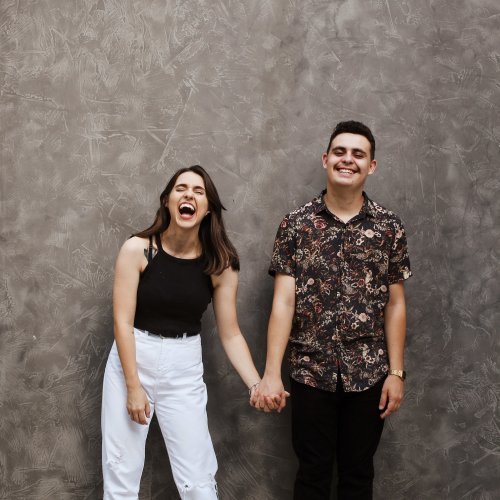 12 Signs He Wants You To Be His Girlfriend Soon